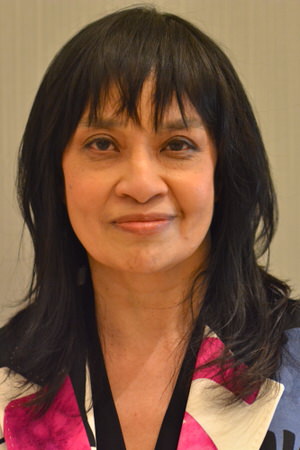 Margaret Fung is a co-founder and executive director of the Asian American Legal Defense and Education Fund (AALDEF). She testified before the U.S. House Judiciary Committee in 1992, calling for the expansion of language assistance under the Voting Rights Act of 1965. Her advocacy led to the first fully-translated Chinese-language ballots in New York City in 1994. Margaret was also co-counsel in Chinese Staff and Workers’ Association v. City of New York, in which New York’s highest court ruled that new developments which may affect low-income tenants and small businesses are subject to review under state environmental laws.

Margaret is a graduate of New York University School of Law, where she was a member of the NYU Law Review, a Root-Tilden Scholar, and an Arthur Garfield Hays Civil Liberties Fellow. Margaret was a law clerk in the U.S. Court of Appeals for the Second Circuit and was selected as a Revson Fellow at Columbia University, where she studied journalism. She received an honorary LL.D. from CUNY Law School in 1997. Margaret was appointed to serve on the New York State Temporary Commission on Constitutional Revision, the Mayor’s Task Force on Police-Community Relations, the New York State Help America Vote Act (HAVA) Implementation Task Force, and Community Board #1 in Lower Manhattan.