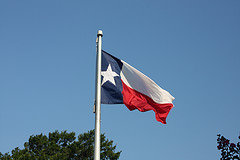 The Asian American Legal Defense and Education Fund (AALDEF), together with pro bono counsel Kaye Scholer LLP, filed an amicus brief in Perry v. Perez on behalf of the Organization of Chinese Americans (OCA) Greater Houston Chapter urging the U.S. Supreme Court to affirm a Texas district court’s interim redistricting plan after the Department of Justice (DOJ) contended that the Texas state legislature’s plan diluted the voting power of Asian Americans and other people of color.

Texas has the third largest Asian American community in the country, after New York and California. Between 2000 and 2010, the Asian American population in the state grew 71.5% to 1.1 million. “Despite these changing demographics, the Texas state legislature intentionally drafted a redistricting plan, PlanH283, that reduces Asian American political representation,” said Glenn D. Magpantay, Director of AALDEF’s Democracy Program.

Under the Voting Rights Act, states with a history of discrimination, including Texas, must have their redistricting plans precleared by either the DOJ or the D.C. District Court for any intent or effect of diluting the minority vote. After PlanH283 was denied preclearance, a Texas district court ordered an interim plan, which largely retains the current district configurations, to prevent delay of the 2012 election cycle in Texas. In response, the State of Texas petitioned the U.S. Supreme Court to allow its original PlanH283 to go forward.

AALDEF’s amicus brief in Perry v. Perez contends that the district court’s intervention was necessary because of significant evidence that the state legislature’s PlanH283 discriminates against Asian Americans, including:

“Because the state legislature’s redistricting plan violates the Voting Rights Act, it was necessary for the district court to intervene and draw a new redistricting plan,” said Magpantay “Otherwise we would be sending a message that marginalizing the growing population of Asian American voters is an acceptable practice.”

OCA Interim Executive Director Tom Hayashi said, “OCA as a national Pan Asian advocacy organization with strong local presence in Texas is extremely concerned that the Texas redistricting plan will critically undermine the voting rights of the state’s large and growing communities of color, including a significant Asian American constituency that elected the first and only Vietnamese American state legislator, Hubert Vo. We applaud the efforts of AALDEF in representing the community vis-a-vis the brief filed on behalf of OCA Houston.”