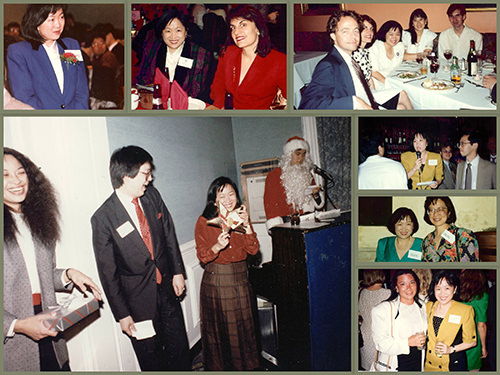 On June 21, 2016, Grace Yachueng Hwang–attorney, teacher, community activist, and Asian American Legal Defense and Education Fund Board member–died at the Good Shepherd Hospice House in Manhattan, Kansas after a long bout with cancer. She was 60.

AALDEF board president Tommy Shi said: “On behalf of the Board, staff, and many friends of Grace in the AALDEF community, I would like to extend our deepest condolences to Grace’s family. Her deep commitment to civil rights, her unflagging optimism, and her willingness to work hard for the causes she believed in made her a valuable member of the AALDEF Board. We will miss her.”

Long before she joined the AALDEF Board, Grace played several important roles in Asian American legal history. First, as a 1984 graduate of Georgetown University Law Center, she was part of the wave of young AAPI and women attorneys who opened up law schools, law firms, and other institutions to both gender and racial equality. She worked in the Georgetown Women’s Legal Clinic and also studied Women in Leadership as a Fulbright Scholar in Gothenburg and Stockholm, Sweden.

Unlike many of her lawyer colleagues, Grace also had an academic pedigree that included a Master of Arts in Law and Diplomacy degree from the distinguished Fletcher School of Law & Diplomacy at Tufts University in Massachusetts. Her diplomacy skills were used throughout her life, both as a lawyer and community activist. She played a key role in convening the third National Asian Pacific American Law Students Association (NAPALSA) conference in D.C. in 1983, along with a cast of future community leaders that included fellow AALDEF Board Member Nicholas Chen, former EEOC Chairman Stuart Ishimaru, and attorneys Kathy Lee, Mona Soo Hoo, Bob Kwan, and Bob Zung.

After service at two law firms and two corporations in New York City, Grace returned in 2000 to Kansas, where she grew up after moving from Taiwan years before. She moved effortlessly into academia, teaching courses in Leadership Studies, American Ethnic Studies, and Asian American Studies. She worked with her students to capture oral histories of Asian American families in the Midwest, and encouraged them to reach their highest potential – no matter what their gender or racial background.

AALDEF Board and staff remember Grace as a committed civil rights advocate who helped to recruit new supporters and speak at special events. She was a lifetime ballet and Broadway theater fan, and she helped to raise funds for dance programs at her alma mater, Kansas State University.

Grace is survived by son David and daughter Katherine, as well as a brother, sister, and others. Donations in her name can be sent to AALDEF. A Celebration of Life memorial service will take place on August 13, 2016, 10 am, at All Faith’s Chapel at Kansas State University, Manhattan, Kansas.