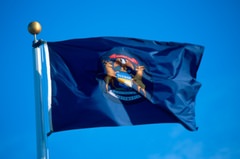 April 15, 2013 — Tomorrow, Tuesday, April 16 in Detroit, Michigan, the Asian American Legal Defense and Education Fund (AALDEF) will release detailed findings on Asian American voters in Michigan in the 2012 elections. The results will be presented with APIA Vote-MI at 17356 Northland Park Court in Southfield, MI at 6pm.

During the 2012 Presidential Elections, more than 650 Asian American and Arab American voters in Ann Arbor, Canton, Dearborn, Detroit, Hamtramck, Gain, Novi, and Troy, MI participated in a nonpartisan multilingual exit poll of 9,096 voters, the largest survey of its kind in the nation. The poll was conducted in twelve Asian languages and English in 37 cities across 14 states in order to reveal vital information about Asian American and Arab American voting patterns that is often overlooked in mainstream voter surveys.

At this special presentation, AALDEF Democracy Program Director Glenn Magpantay will present comparative information on the following topics covered in the 2012 exit poll:

About the Asian American Exit Poll:

AALDEF has conducted exit polls of Asian American voters in every major election since 1988. In 2012, more than 100 community groups and organizations joined AALDEF to mobilize over 800 attorneys, law students, and volunteers to conduct the exit poll and to safeguard the voting rights of Asian Americans.