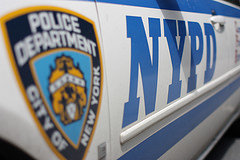 The Asian American Legal Defense and Education Fund (AALDEF) joined over 100 civil rights, faith, community, and advocacy groups in urging the Department of Justice to commence a prompt investigation into the NYPD’s surveillance of Muslim Americans in New York, New Jersey, Pennsylvania, and Connecticut.

In a letter to U.S. Attorney General Eric Holder, the groups summarize some of the gravest reports by the Associated Press of the racial profiling and surveillance of approximately 350 mosques, schools, businesses, and individuals throughout the Northeast between 2005 and 2008, despite no evidence of criminal activity. The reports include the NYPD’s use of anti-Muslim propaganda in cadet training and of informants and undercover agents in colleges to collect files containing Muslim American students’ personal information.

In response to the increasing concerns that the NYPD’s practices violate federal statutes and the constitutional rights of Muslim American citizens, such as their rights of equal protection of the law, free exercise of religion, and free association, 34 members of Congress requested a Justice Department inquiry into the NYPD’s activities in December 2011. More recently, representatives from New Jersey have called on Attorney General Holder to investigate the NYPD’s out-of-state surveillance activities.

“With the mounting evidence of these civil rights abuses, we urge the Department of Justice’s Civil Rights Division to investigate the NYPD’s surveillance activities,” said Nermeen Arastu, staff attorney at AALDEF. “The NYPD has extended its surveillance well outside of New York state, prompting members of Congress from New Jersey and elsewhere to ask for a federal investigation. This is now a national civil rights crisis, and the Justice Department must act accordingly.”