If you haven’t noticed, in one week the anti-Asian/Asian American meter was off the charts and maxing out in the red.

But it’s likely that you, like everyone else, probably didn’t even notice.

Asian American cultural slights? Are you kidding? Who takes those seriously as civil rights violations?

Maybe you should. Unfortunately, these are times when everyday racist fare tends to go unchecked, thereby becoming the acceptable “norm.”

Add to that, the news of Philadelphia Eagle player Riley Cooper saying the “N” word in public, and you know any transgressions about Asian Americans will barely register a blip on society’s racial radar.

Yet, last week was practically high tide for anti-Asian sentiment in the media. Not since the Asiana Ho Lee Fuk episode have we seen so many offensive instances come at us at once. Let me count the ways: 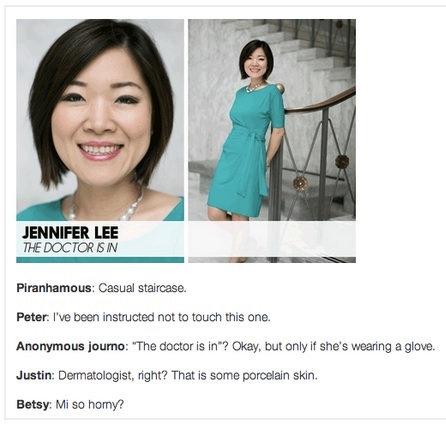 On the list, the Rothstein comment gets my vote for most objectionable because it’s not some major effort like a record, or TV show, or a cable newscast. Surely, those people should know better and be held accountable. But the Rothstein remark is more insidious because it’s typical of the kind of breezy way some people try to pass off a vile comment as a harmless, benign every day joke.

Rothstein even prefaced the column by saying there would be no apology forthcoming. (Indeed, there hasn’t been, though the offensive phrase has been replaced.)

Still, take all of these episodes in aggregate and it’s more than a mild annoyance–it’s death by a thousand cuts.

And Asian Americans let them get away with it.

If there’s some hope from last week, it comes in a small news tidbit that Rush Limbaugh and his illegitimate radio love child, Sean Hannity, might lose their biggest outlets (including its New York City flagship) owned by Cumulus.

If you want to get the cultural history correct, the green light for all the hate and “acceptable” racism we hear and see in the media and society in general was first signaled when a DJ named Limbaugh stopped playing records and started spewing his conservative rants Top 40 style.

In the mid-to-late ’80s, America was coming out of Reagan and the disco era. Selfishness and greed were virtues. But when the country was hit by a nasty recession in 1989, people became vulnerable to Limbaugh’s message. It was the rhetoric that under the guise of satire blamed society’s ills on such things as “welfare queens,” “illegal immigrants,” and people of color.

Syndicated to hundreds of stations throughout the country, Limbaugh became the enabler of this coarse discourse. And as the views were broadcast unbalanced and unchecked, they were deemed acceptable.

At the same time, Limbaugh got rich spewing toxic rhetoric on the public airwaves–no different from any corporate giant that turned your local river into a Superfund site.

His popularity also helped drive a political shift that culminated in the GOP takeover in the House, the so-called Gingrich “Contract with America” in the 1994 midterm elections.

We’ve had nearly a generation of this kind of uncivil, in-your-face rhetoric that has contributed to the notion that ideas and facts are less important than attitude and snark.

It’s even fueled the rise of the Tea Party and provided a blueprint for pols like Texas Senator Ted Cruz.

I’d like to think that if Limbaugh loses his biggest contracts, it may signal that a change in tone is near. Maybe Limbaugh will retire with his OxyContin and cigars.

But we may all be too far into this already to see much of a reversal from what has become the norm.

After this week, there seems to be such a bull run on anti-Asian/Asian American snark that it doesn’t seem like any change will come soon enough.

Unless we start caring in a loud, vocal, and active way, the perps won’t either.

And the hits will just keep on coming.